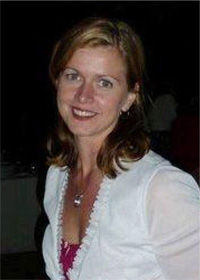 I grew up in the country on a sixty-acre property in Flamboro, Ontario, near Hamilton. It was a small farm, and my parents, John and Maureen Vickers, rented out the ‘back forty’ to a neighbouring farmer. As a child, I wished I lived in town, closer to friends and fun, but, looking back, I see an idyllic place for my parents to raise my brother, John, and me. We grew up as ‘Jenny and Johnny,’ got along pretty well, and still do. He owns a foundry in a small Ontario town, and reminds me more and more of our Dad.

Our parents were both professionals with university degrees, which was somewhat unusual among our friends and acquaintances. They always told us we were smart and could do whatever we wanted to; I knew John and I would go to university and find satisfying work and financial independence. When we were kids, our mechanical-engineer Dad ran a small engineering company designing air-pollution control systems for the steel industry in Hamilton and later was vice-president of a successful foundry. Mom has a degree in nursing and, when we were young, co-ordinated home care in the community for people with various types of illnesses. She later became a director at Parkwood Hospital in London, where both Rob and I had also worked.

When I was nine, our (maternal) Grandma Rita was diagnosed with terminal cancer at Tillsonburg Hospital (the same!). I listened intently to many hushed conversations, especially a phone chat Mom had in our kitchen. When I asked her why she was crying, she told me, “Grandma has cancer.” When I asked her what the doctors would do, she replied, “Nothing, Jenny. There's nothing they can do. She will die, and we will try and make sure she's comfortable.”

Grandma stayed a few days in hospital, and then her family took her home – highly unusual back in the 1980s. The three daughters essentially moved in to look after her, their husbands maintaining home and children. I clearly remember visiting her, sick but in her own bed, in the three weeks before she died. She passed away peacefully in her own bed, in the tender care of her family. To me growing up, this way of dying seemed as natural as the sky is blue.

Just as my brother followed in Dad's footsteps, I followed in Mom's. I studied biology at the University of Western Ontario in London. My very first job was as a rehabilitation therapist at Parkwood Hospital in the Acquired Brain Injury Program, and I later took on more significant clinical roles. After a recruitment firm approached me, I interviewed successfully for project manager in London at the South West Community Care Access Centre, where I received promotions over the years – and tremendous support when I left to look after Rob in August 2009. I have since returned to work there, and some of my projects involve palliative and end-of-life care and looking at how we can improve the experience for patients and families.

And, above all, I am mother to Haley and Jack and stepmother to Jessica and Ben – my most rewarding and challenging roles. In Rob's illness and death, we have experienced something I wouldn't wish on any young person. And, as you saw above, Rob and I, our families, and our team worked together to shepherd our dear children through the experience. We talked and still talk very openly about Rob and about everything we've gone through together. I'm so proud and glad to have had the extraordinary opportunity to witness it all and, with my fellow authors, to share it with you.